Home
High-Society
Do You Feel Intimidated By Rich People?

Many people who are new to the world of affluence, feel initially uncomfortable and somehow intimidated by the upper class. 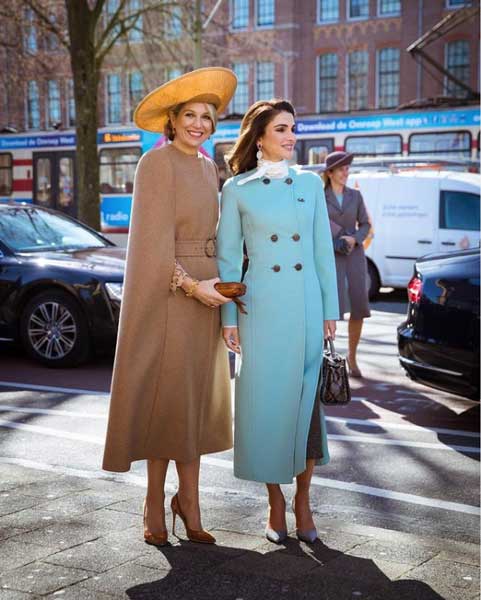 The elite have wealth and power. Your life is not even near all that. Who are you to think they will take you seriously? You clearly don’t fit in. You have nothing in common with them.

You might fear rejection when trying to enter high society. They will scan you harshly, from top to bottom, and point out differences. This will either make them laugh or just freeze you out.

The made up scenarios are endless. Your mind is already creating narratives for yourself that you are believing and adapting to. You believe in these narratives so much it has lowered your confidence and your ability to even consider taking action.

So you forget about it all and move on. Still intrigued by high society, but now kind of despising them too. You tell yourself it doesn’t seem like a fun world anyway and continue to live your life.

These are all common examples.

The truth is that most people have false beliefs about themselves. They are intimidated by affluence because of their lack of confidence. It’s all one big insecurity.

You know that your current place in society is lower than theirs, and that holds some kind of power over you subconsciously. You might think you’re not good enough or that you’re never going to be like them. You might even think they are not nice people or that money makes people evil. 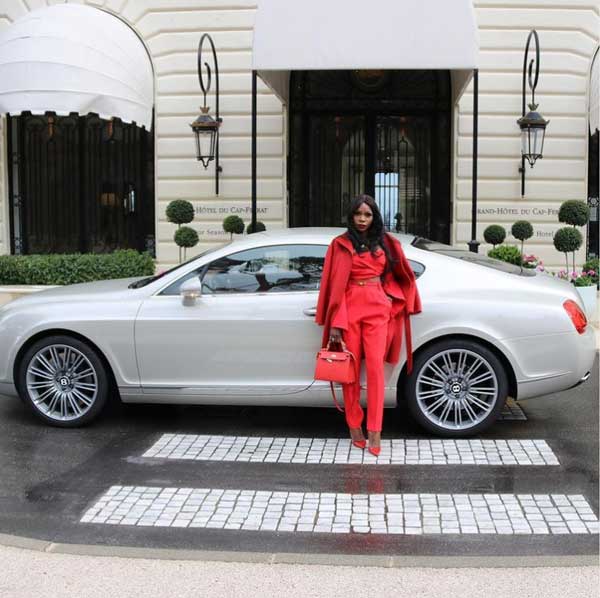 Rich people are just like you and me. We are all humans.

You need to start seeing them that way instead of putting them on a pedestal.

Yes, they have more money and power, but other than that they are just flesh and blood like everyone else. You need to humanise them.

Once you understand that rich people are just regular people with the same insecurities, issues and habits as you it will make you feel more confident about interacting with them.

Secondly, you might feel intimidated by their arrogance. Not all rich people are arrogant, but many do come across that way.

There are two reasons for that.

A small percentage of high society is toxic. This percentage is the same in any community, whether rich or poor. It’s just how the world works. Don’t get hung up on it.

Focus on yourself. The issue here is not them, it’s actually you. Overcome your demons so you can live the luxurious lifestyle of a high-value woman.

It’s how you perceive them and what they trigger in you that is the issue.

The best way to do that is to surround yourself in the same environments as the wealthy do. Visit the same restaurants, bars, clubs, hotels, boutiques, neighborhoods and focus on feeling like you belong there. 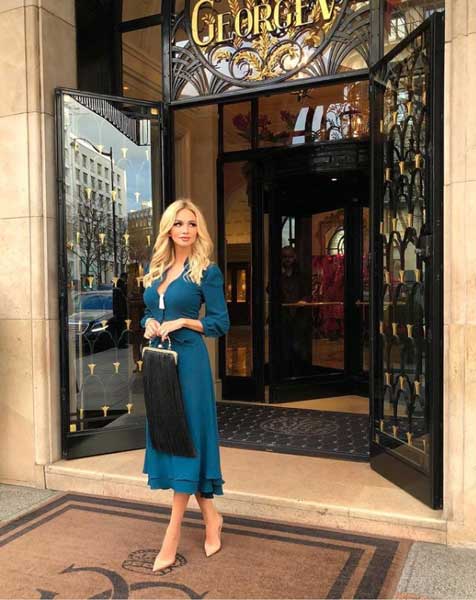 (Yeah, but I don’t feel like I belong there)

Over time you will start feeling like you belong there. You need to slowly start living this life yourself, even if you only take baby steps in the beginning. Start buying more expensive clothing, going to nicer places and travelling to more luxurious destinations.

It’s all about faking it until you make it. We all took that path, so now it’s your turn. Businessmen and rich people fake it until they make it too sometimes, especially for work related issues.

(Okay but I really don’t feel comfortable faking it when I know that they will judge me and see right through me. I’m just going to get caught and feel like a fraud.)

Then you’re not faking it well enough. It’s not hard to pretend that you belong somewhere, by just acting up, wearing the right outfit and having the correct behavior. Anyone can do it and you’ll get away with it.

If you feel that you don’t look the part yet, then pretend in your mind that you’re one of the “secret millionaire types” who dress shabby and hide their wealth. You can be one of them until your appearance is on point, but still try and look your best. 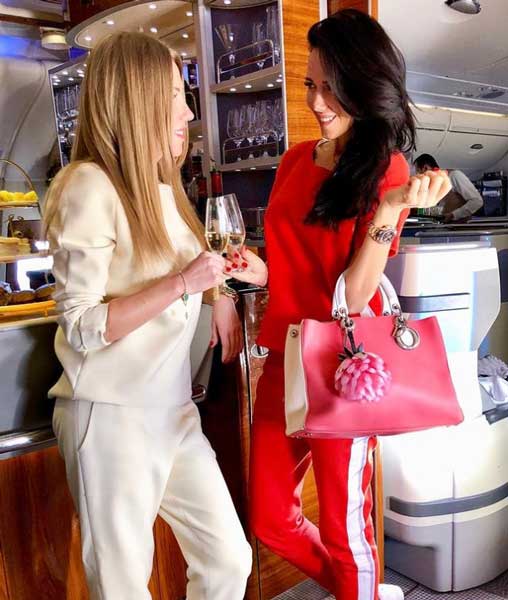 We might feel really insecure, but if we adjust our mindset we can come across as the most confident people in the world. Rich people would never be able to see through that.

If you focus too much on being judged, then that’s exactly what’s going to happen. It’s really up to you. 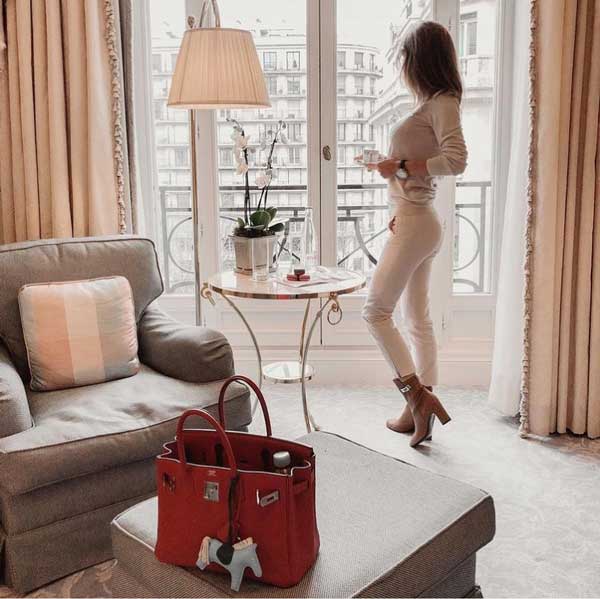 (So I should just lie about everything?)

No, no and no. Nobody ever said that you should lie. You should send out the right vibes and adjust your energy and mindset. This is not done with arrogance or lying.

You have to be yourself at all times, don’t lie about who you are or your past. Affluent people want to get to know YOU and they don’t mind if you’re not from the same background as them. In fact, it might make you interesting or unique.

The point of this post is to get your insecurities and vibrations in check. Fake your vibe until it’s as solid as theirs. Confidence can be faked at all times. 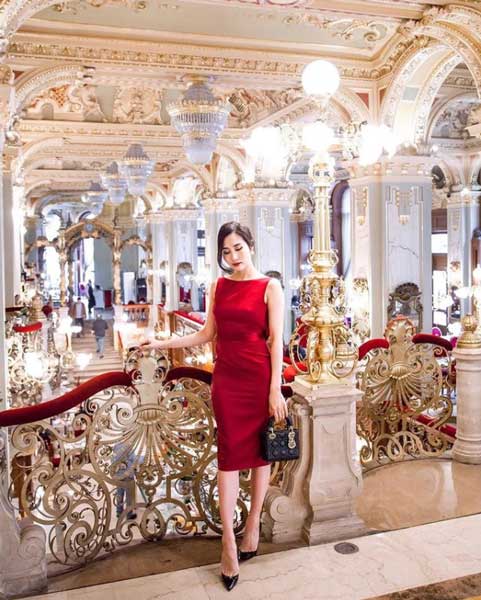 Expose yourself to their environment as much as possible. Read and be educated on the topics they discuss. Experience things that they experience. Travel and start living like they do and watch your confidence get stronger.

You have to adjust your focus.

If you focus on what you don’t have, then the gap is going to terrify you too much. Don’t be shy, be bold. Life doesn’t happen unless you go for it. Be a go-getter and as a result you’ll become an elegant member of high society. 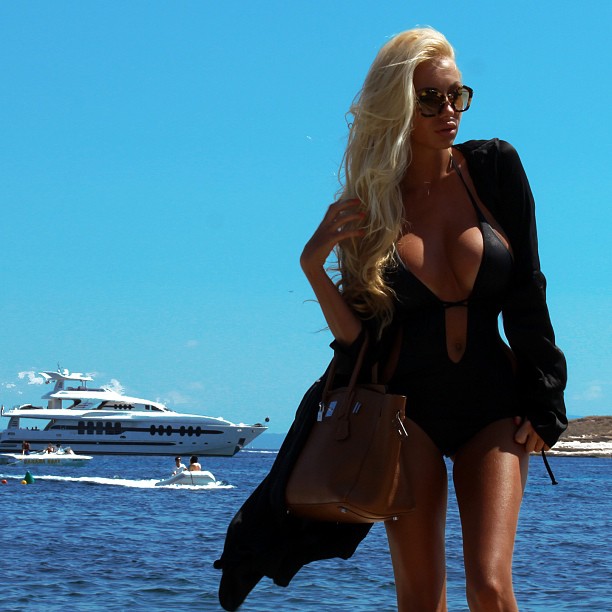 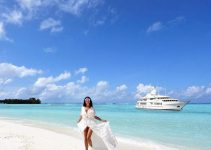 Anna Bey is an educator in the elegant feminine empowerment space and the founder of an online finishing school for women. She can confidently call herself a pioneer in this genre because she was the first to be sharing content in this niche since 2012. 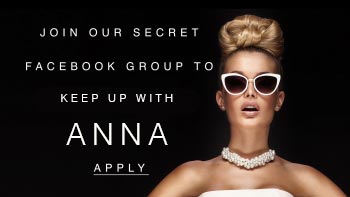