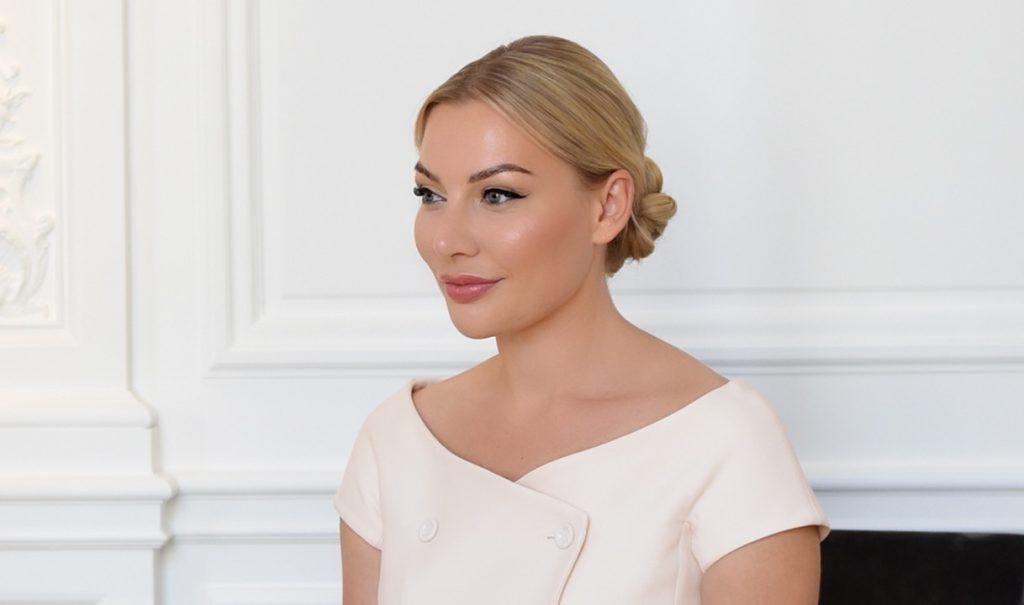 This Jetsetbabe blog is the platform that started it all for Anna Bey, but what’s her story?

Anna Bey is an educator in the elegant feminine empowerment space and the founder of School of Affluence, an online finishing school for women. She can confidently call herself a pioneer in this genre because she was the first to be sharing content in this niche on this blog since 2012. She also has the most recognition for this work in the international press and the biggest audience across multiple platforms. She believes that all women from any background can transform their lives and opportunities by elevating their mindset, personal presentation and strategizing on reaching individual goals and aspirations.

Anna is from Stockholm, Sweden and currently lives in Geneva, Switzerland with her husband. You can find Anna’s backstory of how she got from the suburbs of Stockholm, Sweden to her life as a globally-renowned elegance instructor, including her teaching credentials on her official website. 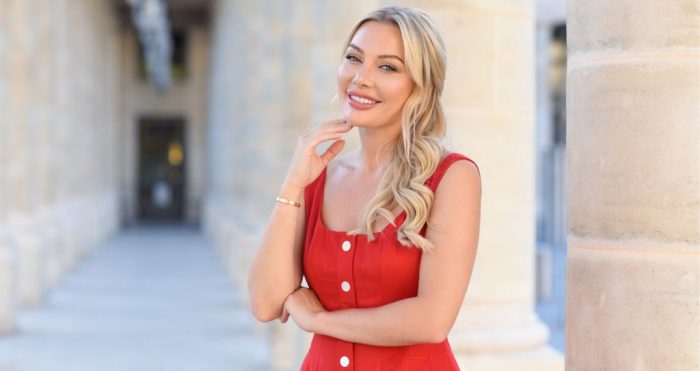 Anna grew up as the only child in a strict middle-class family. The typical next step after high school was going to university. Anna had no clear direction for a career at that point, and a feeling that this path wasn’t for her. She didn’t know her full potential yet, but she craved adventure. In 2005 she made the opportunity to change her life by registering for an Italian course. She packed her bags and traded her metropolitan city of Stockholm for the cosmopolitan city of Rome.

In this city she found a captivating mix of high-society and the excitement of youth culture. However, she was still very much the basic ”Plain Jane” who had arrived with the one-way ticket from Sweden. She had a brief and intense romance with a young Italian man, which changed the course of her life forever. He came from an old-money family and being with him was the first experience she had in high society. As young love usually fades, so did their romance. However short-lived, Anna had managed to join the jet-set circle where the people were beautiful and life was good. When they parted ways, she was right back to her ordinary life. She made the commitment to herself to figure out how to be a classy woman on her own. 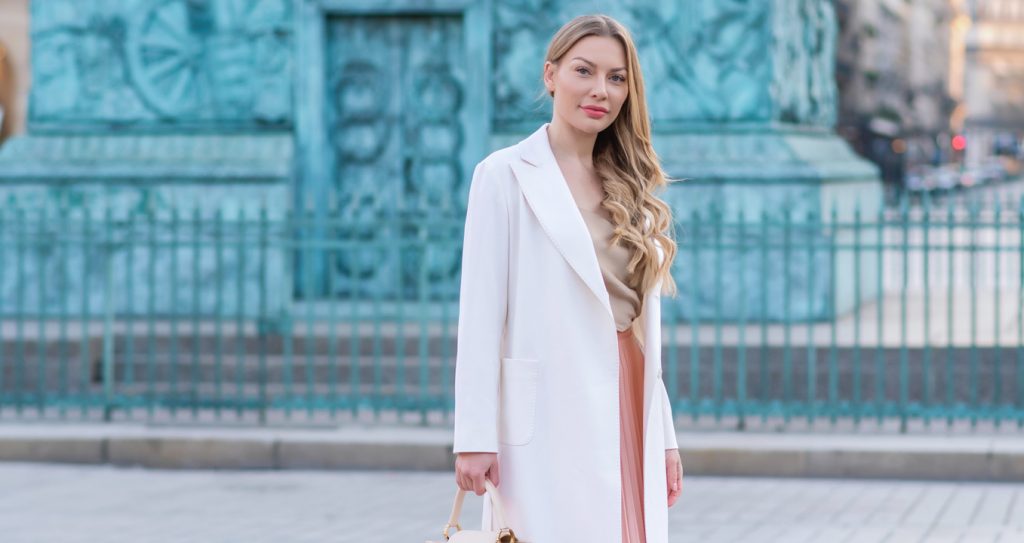 Anna moved to Ibiza in 2006, a Spanish island known for its beaches and high-end nightlife. Ibiza’s main attraction was the parties, and Anna used her ballet and Latin dance experience to secure the sought-after role of a go-go dancer at the internationally renowned Amnesia nightclub. Although she was still very much a beginner in the jetset world, this role gave her instant cachet. The beaches and nightclubs of Ibiza became another classroom for Anna as she developed her education about the jetset crowd and a passion for the lifestyle. Not only did she feel this spark so deeply, she really believed it was possible for this world to become hers too.

At the end of the party season she followed her DJ boyfriend to the tiny Mediterranean island of Malta. In the beginning, this move felt like another adventure in her new story. She also got her first taste of marketing while working for an online gambling company. The parties soon lost their lustre and so did her relationship. At this point she decided to return home to Stockholm.

Around this time she was cast to be on a Swedish reality show, which was really not a good experience for her mental health. This step back was actually a step forward, as it was the impetus to put her party girl days behind her and focus on the future. In Sweden, she was in the first class to take the first digital marketing course that had ever existed. She worked on her degree and also got a job so she could save for her next move. After graduation it was time to move on again and Anna purchased another one-way ticket.

Anna’s tour started in the Central American country of El Salvador. After some time she moved on to Honduras, Nicaragua, Costa Rica, Panama, and then Columbia. This was such a special period of growth for Anna, but eventually reality came knocking again. The funds she had saved in Sweden were starting to run low and her visa was nearing expiry. It was also obvious to her that it was time to focus on her career again. While still in Colombia she started applying for work back in Europe. The best job offer was in London, so she packed her suitcase again and flew to the United Kingdom! 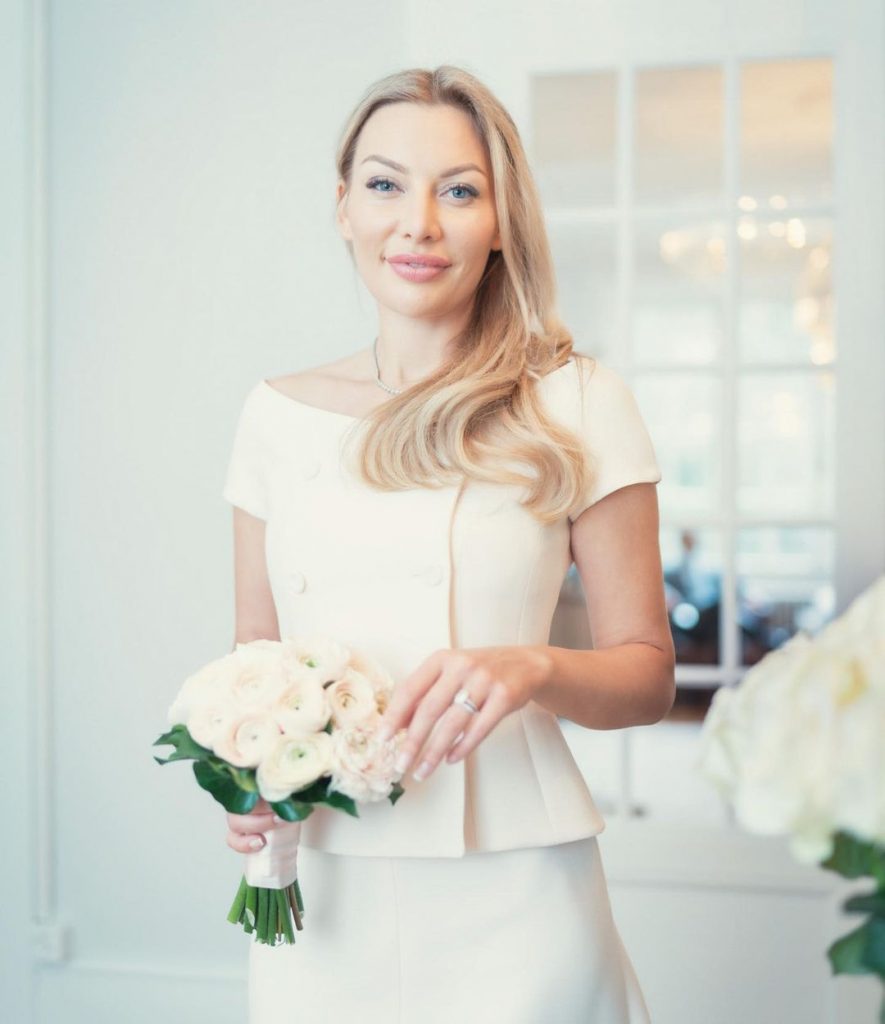 A job as a marketer for an online gambling company was waiting for Anna in the UK, where she was starting all over again. Although she had gained experience with the elite and luxury lifestyles, she had no special network at all in London. A fun new social platform was starting to take off around the same time Anna moved to London. She started seeing a lot of beautiful ladies from all over the world sharing their glamorous lives on Instagram. Inspired by the women she met along her journey, and these fascinating elegant ladies sharing their lives online, she began this blog in 2012. This platform was her first step towards sharing her experience and knowledge of the elite, and her thoughts on how to get there too, with other like-minded women.

Anna started to navigate London’s society scene while she was working on this little side project. She continued to improve on her physical appearance, style and personal presence, which she had been developing since her time in Rome. It was at this point that Anna began a deep internal journey with her mindset, crossing the biggest hurdles toward her goals when she worked on her relationship with herself. She had some serious soul-searching to do, including really looking deep into the question: is the jetset life really what she wanted?

Anna did what she felt was the natural next step in her progression toward the jetset: she saved up a reserve fund, quit her job and went travelling to Asia. After some time it became obvious that her spiritual journey was falling flat, along with her relationship at the time. After returning again to London, she understood that there were pieces still missing and personal issues holding her back from her full potential.

It took returning to London to realize that going travelling was just another way of avoiding her deeper issues and pain points. She wanted more out of relationships than what she had experienced so far – she wanted her happily ever after. Personal work and therapy contributed to this turning point in her journey where she met her now husband through a mutual friend in 2016. They were in a long distance relationship between London and Geneva for several years before they relocated to Switzerland and married in January 2021. 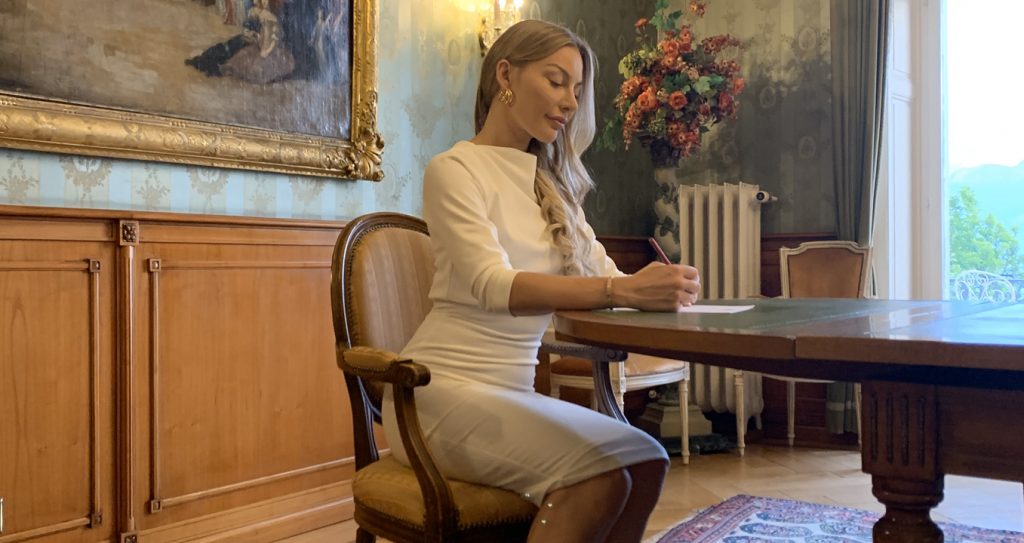 How did Anna make the leap from working in internet marketing and writing Jetsetbabe as a hobby to deciding she wanted to educate women about self improvement and elegance? She launched a Jetsetbabe Facebook group in 2016 at the request of her blog readers, so the topics could be discussed more interactively. Also by popular request she resumed writing the blog the next year after a hiatus. In 2017, she became a Certified Matchmaker at the Matchmaking Institute in New York. Although she decided this path wasn’t for her, these credentials certainly do help the dating and relationships content she produces. As another little side project at the time she wrote an e-book called How To Be Classy (sorry ladies, this title is no longer available).

After months and months of practicing how to appear confident on camera, Anna launched her YouTube channel in September 2018. The following month she launched School of Affluence, a modern day finishing school, with her first course ‘’The 7-Step Formula to High Society” (sorry ladies, this one is also now discontinued!). The school specializes in teaching elegance, refined living and how to be more feminine.

In 2019 she launched her umbrella company, Bey International SA, which is a home for all her initiatives for women. At this time she also felt it was important to expand her credentials again, so she went back to school in London and gained her certified image and color consultant accreditation and also certified in fashion styling. In the summer of the same year she attended the famous Swiss finishing school “Institut Villa Pierrefeu” where she received her diploma in International Etiquette and Protocol. 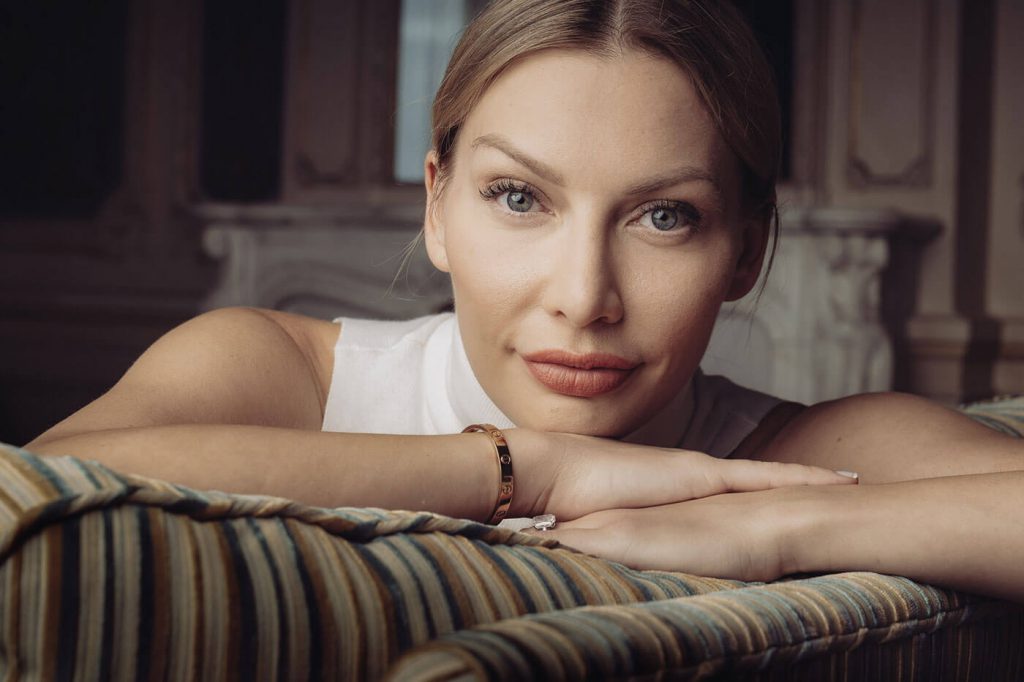 In July 2020 she launched her second course “Secrets of the Elite Woman”, which goes well beyond online etiquette classes. In May 2021 she launched her most recent product: The A-List, which is an online private members’ club for ladies. Follow Anna on her other social media platforms and subscribe to her newsletter to see what she does next.

Anna has never been secretive about her age. In fact, she’s talked about it in several of her videos! She born on the 29th of Match, 1986, making her an Aries.

Who is Anna Bey’s husband?

Anna’s husband is not an influencer or public figure and prefers to remain anonymous for privacy reasons. Anna also prefers not to discuss him or their relationship publicly, and you can hear more about why she’s decided to do so in “Why I will never show my husband on social media” video.
They got married in 2021, and the full details of their backstory and wedding can be found on “How I got married during the lockdown!” video.

Where does Anna record her videos?

Content for Anna’s video posts and courses are filmed at many locations, most often in her home or office in Geneva. She also frequently films while traveling at jet-set hotspots including locally at The Four Seasons Hotel in Geneva and abroad in Italy, France, Spain, Turkey, Greece, London, UK and many more.

Is Anna a “millionaire matchmaker”?

The short answer to this is – no! Strangely, media outlets picked up on Anna’s relationship advice and the handle has never gone away. This isn’t the only aspect of Anna’s work that gets misrepresented in the news. While Anna has certainly made matches and was certified as a Matchmaker by the Matchmaking Institute in New York, that’s not her primary mission. Teaching women how to improve their lives is Anna’s true passion, and her focus remains on helping others achieve lifestyle upgrades through personal development.

Where is Anna from originally and how did she spend her early years?

Though Anna has lived in many countries around the globe, she was born in Estonia and moved to Sweden with her family as a young child, growing up as a Swedish citizen. Anna called Sweden her home until after high school, when she discovered her taste for international travel. Craving adventure, Anna made the move to Rome to study Italian, where the culture of glamour and warmth opened her eyes to what a luxury lifestyle truly looked like. It was here that she understood the power of creating connections in the right circles. 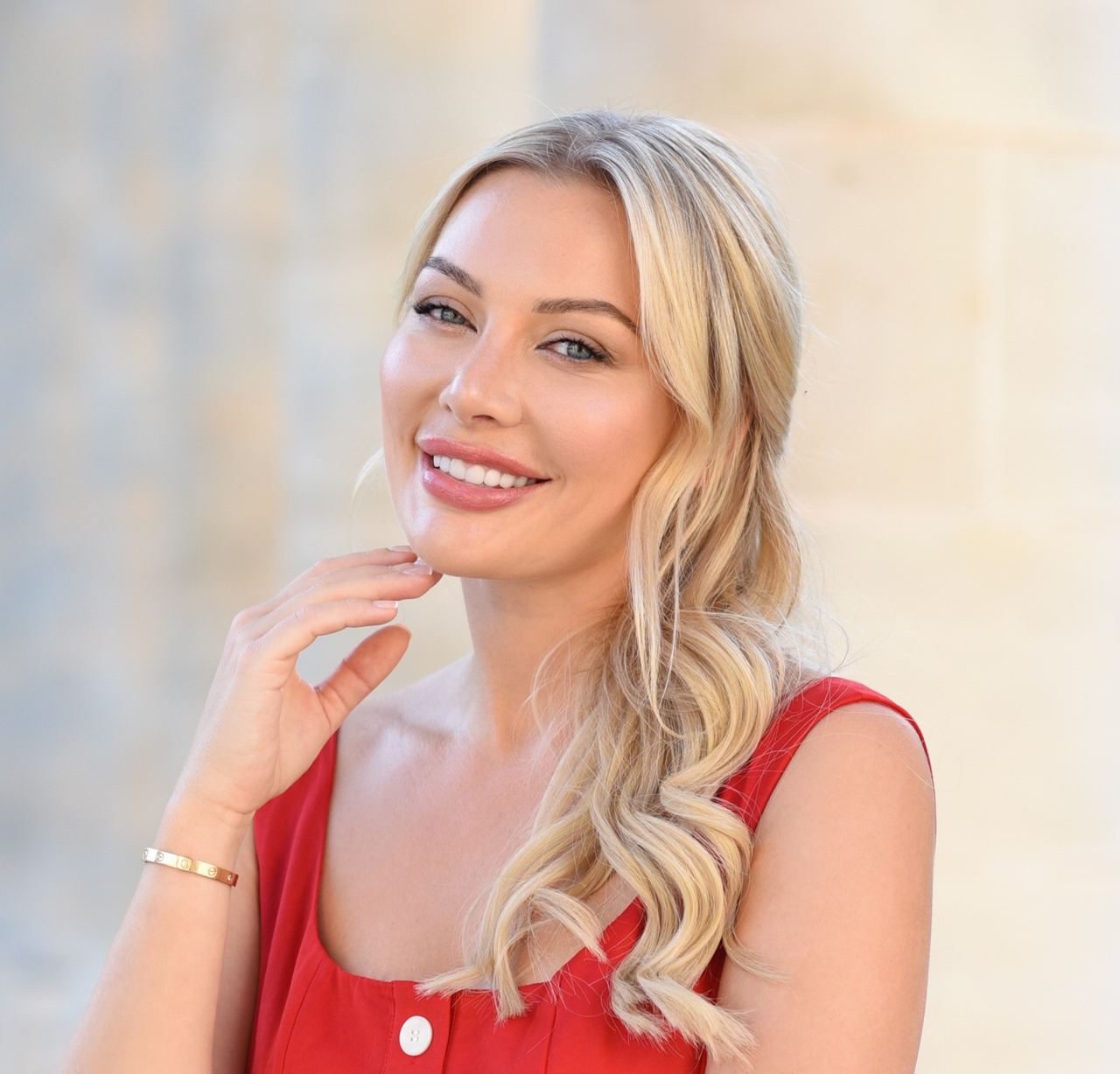 Anna Bey is an expert on Modern Elegance™, upscale transformations, and leveling up, with over 150 million channel views. Since 2012, she has taught women how to develop a more refined personal presence and lifestyle inside the Anna Bey Academy, where she hosts her various classes and courses. Her publication features include The Times UK, Newsweek, New York Post, Cosmopolitan, and many more. 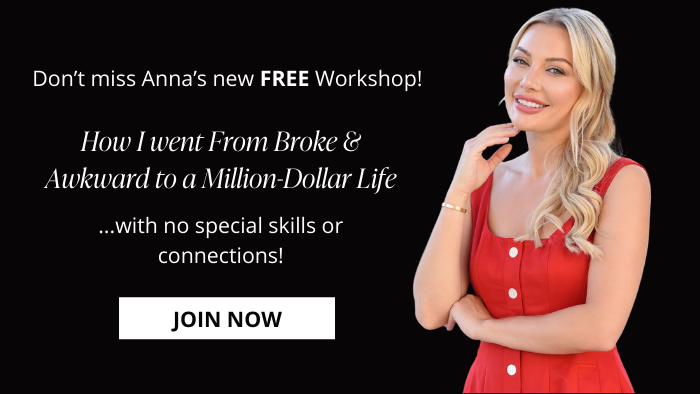 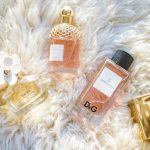 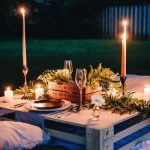 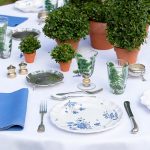